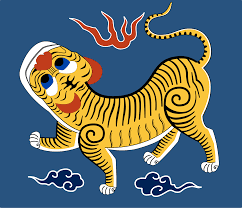 Many people think Chinese people speak the same languages all around China, or even among Overseas Chinese community. Apart from the huge and substantial differences found in several dialects and variants in China, there is also a well-known recurrent question: Do Taiwanese people speak Chinese?

First of all, Chinese language does not exist. The most widespread one, also used by the media, is called Mandarin or Putonghua (普通话). More than 75% of the Chinese population speaks it. Nonetheless, there are plenty of dialects in China. The major ones are : Cantonese (广东话, guǎngdōng huà), Hunanese (湖南, húnán), Min (闽, mǐn), Gan (赣, gàn), Wu (吴,wú ) and Hakka (客家话, kèjiā huà). And yes, Taiwanese people speak Chinese. To be precise they speak a variant called 台语 (táiyǔ).

Mandarin and Taiwanese are different, above all in their pronunciation. For example, in Mandarin is common to place the sound 儿 (Ér) at the end of a word. If you have a stroll among the narrow streets (胡同, hútòng) of Beijing you can come across三里屯  (Sānlǐtún), a famous street, but local people always say “Sanlitorn” with the儿  final sound. Another example, in Mandarin “wait a moment” is 等会儿 (děng huǐ’er). It does not happen in Taiwan, this last sentence is “等会 (děng huǐ); no 儿 final sound.
If we are on holiday in Taiwan and we speak a standard Mandarin, local people will still understand us but they will think we learnt a Beijing dialect.

About the written language, the main difference between Mandarin and Taiwanese dialect is in their system. The People’s Republic of China (mainland China with Beijing as the capital) has been adopted simplified Chinese characters (简体字 jiǎntǐzì), introduced between the ’50s and ’60s, for more than 60 years. On the contrary, Taiwan system relies on traditional Chinese characters (繁体字 fántǐzì) which they are definitely more complex.

Another difference is the phonetic transcription of the characters: 拼音 (Pīnyīn) is the most used, but Taiwanese government has adopted

Nonetheless, these interesting and important differences between the 2 main variants of Mandarin language should not stop you from learning such a beautiful and charming language, especially if you have a passionate LiveLingua Tutor on your side!