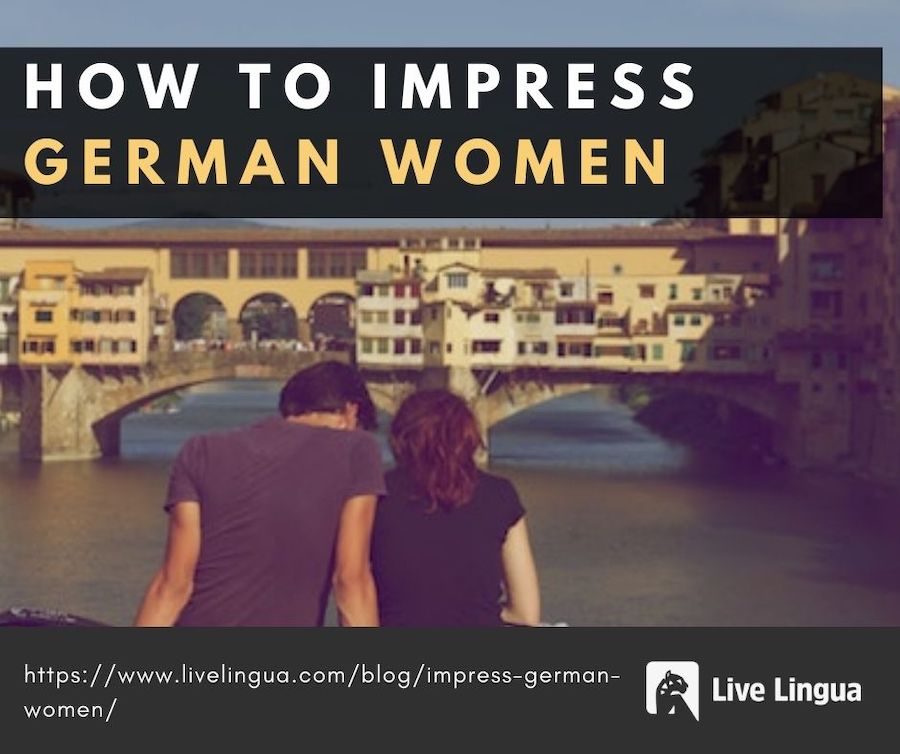 German women are beautiful. They’re smart. They’re also probably making bigger moves in life than you are. So how exactly do you get in their good graces? It’s more than doable, but you’ve got to go about it the right way. Here’s a quick guide on how to put your best foot forward the next time you find yourself attracted to a German women.

German women are known to be well-educated and intelligent. Odds are they will have at least as much formal education as you, and regardless will probably own you when it comes to talking current events.

Standard small talk such as the weather, the stars, and your crew of friends is a good way to turn German women off. They want substance in their conversations. Focus on what’s happening in the world of politics and current events, and don’t be shy about tossing your own opinions in there (provided you can back them up with fact!)

German women want to connect with a guy emotionally as well as intellectually, and you’re not going to get that second date if you’re oblivious to what’s going on in the world.

As you’re probably aware, Germany has a long and storied history. Know it. Do some research, bring up key names, have an opinion on Angela Merkel. Share your thoughts, and ask about hers. Be knowledgeable but not pushy, be respectful but not submissive. Speaking a bit of German isn’t going to hurt your case either.

Know who you are

It’s important to remember that both men and women from Germany are attracted to people who are comfortable with themselves and confident in what they are doing with their life. Be ready to express your passion for your career and desire to advance yourself – German women will find this incredibly attractive.

Be outgoing and quick with a joke, and be equally quick to laugh at hers. With German women, respect gets respect – she’s going to bring just as many jokes and stories to the table as you are. She’s also going to expect to pay, at least for her share, so don’t be surprised when her card is flung on the table. It’s not rude for you to pay for her, but she’s not going to expect it – at least not on the first date.

We’re not here to make assumptions or further stereotypes, but it is commonly believed in many circles that German men aren’t very good at flirting. We’re not sure why this is, but if you want to impress German women it’s important that you fully capitalize on this.

Toss in a smooth compliment here and there, particularly during a moment when she’s looking you in the eye. Bonus if it makes her laugh. Either way, she’s going to remember exactly what you said and how it made her feel.

If you follow this advice and behave like the respectful and desirable person that you are, odds are that you’re making a good impression. At the end of the evening, after the bill has been paid and you’re about to make your way to the exit, ask for her number and slide a quick “Ich steh’ auf dich” her way.