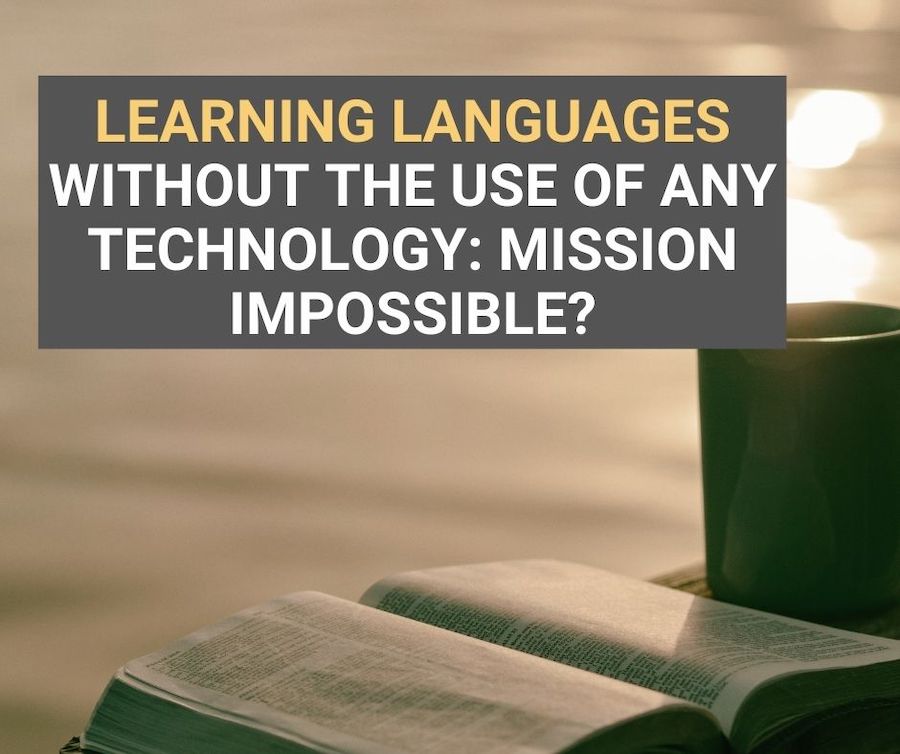 A famous thinker once said

“Language does for intelligence what the wheel does for the feet and the body. It enables them to move from thing to thing with greater ease and speed and ever less involvement.”

That thinker was Marshall McLuhan, a Canadian philosopher and media theorist that analyzed the relationship between language and technology.

At first, this might seem like a strange approach. After all, what does a wheel have to do with a spoken word? But looking from a different perspective, it becomes evident that language and technology are far more intertwined.

Everyday language is temporal, spoken words echo and disappear, and humanity always searched for ways to preserve the language and pass it on to new generations. One might even say that the famous Cueva de las Manos cave paintings attempt to communicate with later generations before people had any writing means.

Jumping fast forward to here and now, language and technology are all around us. We can communicate instantly with people halfway across the world via the Internet, order ebooks on Amazon and store hundreds of them on a preferred ebook reader. This massive, rapid shift towards digital technologies and their ability to store vast amounts of data has changed how we perceive and use language.

Moreover, it has drastically changed the way we learn languages. Even though there’s nothing better than a hardcover book with a brew of Yorkshire tea on a rainy Autumn afternoon, learning a language with technology has enormous advantages.

So let’s take a look at how people learned languages before computers, what changed, and is it still possible to do it today?

When we say “without technology”, we mean “without digitized” technology or modern electronic devices to be absolutely transparent. When around 1440, German Johannes Gutenberg invented the printing press, it was a technological revolution, and a book in most people’s homes was as big of a technological innovation as a computer in the ’90s.

The sad truth is that for the most significant part of human history, reading books has been exclusively a habit for the aristocracy. After the Gutenberg revolution, gradually books entered the homes of other social classes, and as time went by and the world became more and more connected – books in different languages.

For scholars to understand each other, before the 19th century, it was common to learn the Latin language, which is seldom used these days. To do it more efficiently, Czech philosopher John Amos Comenius established a Latin curriculum and advised using visuals and sensations to learn language truly. In other words, he understood that learning a language is not solely about what one word means or another, but also to see what it means, to feel the emotion it carries.

Later on, language tutors started using Magic Lanterns, which is an image projector, just in the 17th century. And then added sandboxes to the classes so that students could practice writing words in the sand and then brush it off to practice a new one.

One particular challenge emerged: frequently, there was no native speaker of the language, and it was hard to achieve a fluent level of pronunciation that would be clearly understood by foreigners.

This is a very concise view of a pre-computer language learning classroom, and now let’s take a look at what has changed.

Looking at the process of learning languages these days, three main improvements can be outlined:

The appearance of smartphones and tablets widely enabled continuous learning, and people started learning a language on their way to work on the bus or when they have some free time and feel like it. Of course, utilizing computers and smartphones might also complicate some processes or expose learners to certain unseen dangers, such as data leaks or credential theft, should correct cybersecurity habits not be adopted.

However, one cannot deny that multimedia made the learning process as engaging as never before. You can hear the sentences in the native tongue and have a translation alongside, repeat the lesson, jump to the next one, and have a virtual assistant to guide you through the intricacies of the language.

One way or another, learning languages became much more accessible and more efficient.

In conclusion, learning a language without the use of technology is not mission impossible, but one cannot deny that it is unarguably a tremendous luxury to have access to a vast variety of  tools the internet has to offer. And this luxury is something that millions of other people on this planet, who are equally as enthusiastic about learning languages as you and I, simply do not have at their disposal. Technology should, therefore, be a thing we should cherish and make use of whenever we have the opportunity.


Take your first step to finally feeling comfortable speaking Other