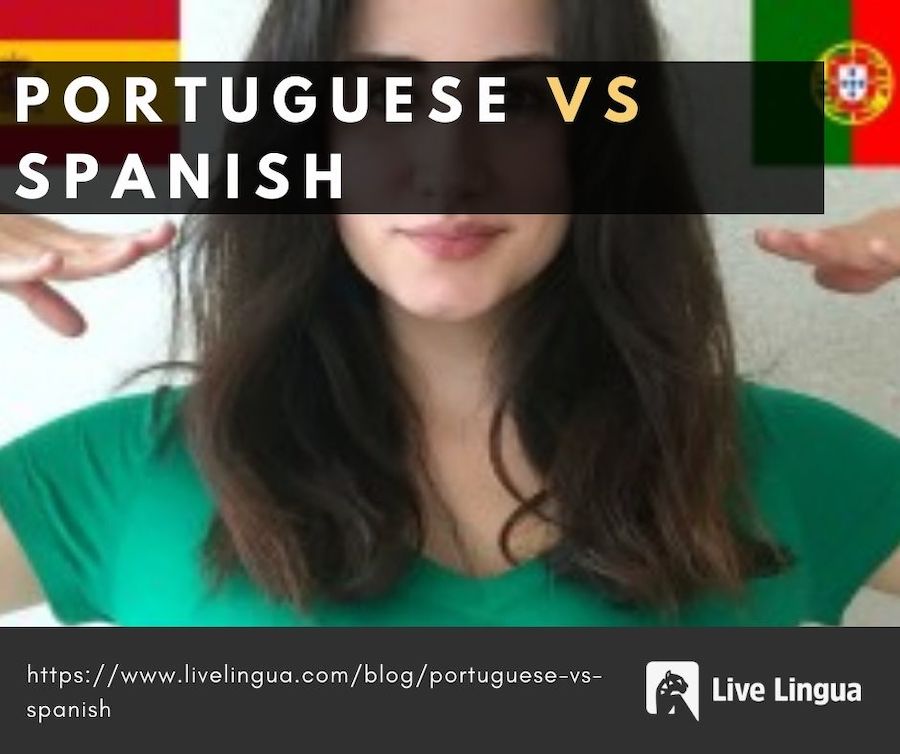 Some students, who are learning two languages at the same time, can really struggle. It is even worse when either they are either learning 2 two “similar” languages or their native language is very close to the studied one they are studying. For example, a lot of doubts can rise between Spanish and Portuguese.

Like all romance languages, the Portuguese language has variances on either side of the Atlantic. On the Iberian Peninsula, Portugal, of course, takes immense pride in its native Portuguese (also called European Portuguese). Vice versa, in South America, Brazil is the same way, with Brazilian Portuguese. Not a foreign language but still different.

In Spain, the Spanish language they speak is slightly different from the Spanish of Mexico and the rest of Latin America — more so than differences between many English speaking countries, particularly European ones. Spanish speakers can understand each other but don’t always agree on phrasing — particularly regarding vosotros. But that’s another story.

Different words can mean different things in different places, kind of like how Catalan and Basque are very different but not spoken that far away. Spoken language is crazy like that.

1. Difference between hasta and hacia. In Portuguese there is no hacia preposition. There is the preposition até, but we need to explain the difference very well so the students can learn how to use it properly.

In short words, hacia indicates the direction in which we move and hasta the point at which we arrived.

2. The preposition “a” after many verbs. The most common example is “ir a.” I guess it must be weird for some Portuguese native speakers to use an expression even found in Portuguese, but adding an “a” in the middle. Let’s have a look at this sentence: Vou sair agora ( Portuguese), Voy a salir ahora (Spanish)

3. The position of reflexive pronouns. The rule is very simple. When the tense is either gerund or infinitive, the pronoun merges to the end of the verb. Otherwise when the verb is conjugated, the pronoun is placed before the verb and not joined. Example: dormirse, bañarse; se durmió, te bañaste, etc.

4. False friends or very similar words. Every language has to face this issue. We only learn this when we come across those words. There is a funny word which needs to be clarified: almóndiga. This is a Spanish slang word which means “meatball” but in Portuguese is pronounced albóndiga. In Portuguese a vagabundo is a person who leads a bad life, while in Spanish it is someone who lives on the street (morador de rua in Portuguese).

5. Muy or Mucho? In Portoguese Portuguese this is easy: muito is the only word compared to those two. Muy is used before adverbs and adjectives, while mucho is placed either before a noun or after a verbs. When we want to make a comparison, we always have to use mucho. Example: Es mucho (no muy!!!) mejor que tú”.

6. Accents. Many students tend to apply the Portuguese accentuation rules in Spanish, but it does not match most of the time. A frequent mistake is és because in Portuguese is written é; or for example the words like horário have a “flat” sound and they are accentuated when ending in diphthong. A rule that does apply both in Spanish and Portuguese is the accentuation of the proparoxytone words.

7. Contractions. In Portuguese there are a lot of contractions. But in Spanish there are only 2 two of them: de + el = del y a + el = al.

8. SS. In Spanish this is not a common sound, but in Portuguese it is. Between vowels it sounds like the Spanish “s”.

9. Words which have the same or similar pronunciation but whose syllable is different in Spanish. Some examples: terapia, pantano, fobia, héroe; in Portuguese: terapia, pántano, fobia, heroe.

10. Some conjugations. Disse is dijo and dice is diz. The past tense disse in Portuguese sounds the same like dice, the present tense in Spanish. The conjugation of any verbs with vosotros sounds very difficult to pronounce for Portuguese speakers. There are a lot of examples. It is important to understand how to not get confused rather than just learning the conjugation.