All you need to get fully prepared for your ECELE exam in one place. Let us hand-pick your online ECELE tutor.

Try a 1-on-1 lesson free No credit card required

Live Lingua has been chosen as one of the 15 Entrepreneur360™'s "Classics" in by Entrepreneur Magazine (the only education company to win an award in this category), for the dedication and focus to a customer-centric business model and charitable work.

Is your spoken Mexican Spanish at a high enough level?

The ECELE exam will test your level of Mexican Spanish in everyday situations you would face in Mexico.

Are you confident in you current Mexican Spanish vocabulary level?

The exam will not only test your level of general Spanish but also your understanding of Mexican phrases and sayings.

Do you understand all of the Spanish grammar rules?

With each level of the ECELE exam you need to have a higher level of understanding of Spanish grammar.

What is the ECELE exam?

The E.C.E.L.E. Certificate (Examen de Certificación de Español como Lengua Extranjera) is the official certificate provided by the Mexican Government to certify the level of Spanish students in Mexican Spanish for companies and universities around the world.

The ECELE exam is designed for anybody over the age of 15 who wants to get an internationally recognized certificate of Spanish ability from the Mexican government.

This exam was first started in 2011 by the CENEVAL government organization in Mexico. Like the DELE exam, the levels of the ECELE Exam are based on the Marco común europeo de referencia para las lenguas .

This is the first internationally recognized Spanish certificate that specializes in Mexican and Latin American Spanish. The possible levels are as follows:

The possible levels are as follows:

The ECELE Level A2 certificate accredits that the candidate is capable of understanding phrases and expressions in relevant daily areas of speak, including but not limited to basic conversations about family, shopping, places of interest and work.

The candidate should know how communicate about simple tasks in Spanish and use basic vocabulary.

The exam to obtain the ECELE Level A2 certificate is composed of the following parts:

The ECELE Level B1 certificate certifies that the person with the certificate is able to read a basic text in Mexican Spanish and understand the major points.

They are also able to speak about standard situations in personal, work and educational situations.

They are able to describe in some detail a variety of situations both in spoken and written Spanish. The exam to obtain the ECELE Level B1 certificate is composed of the following parts:

The ECELE Level B2 certificate shows that the candidates able to read long and abstract text in Spanish and that they are able to extract detailed information about what they have read.

They should be able to speak in detail about personal, professional and educations topics with a certain level of fluidity.

If they are professionals, they should be able to converse about their area of specialty.

They should also be able to write with few mistakes in a professional manner.

The exam to obtain the ECELE Level B2 certificate is composed of the following parts:

The ECELE Level C1 certificate proves that the bearer is able to read and understand long and complicated text and not only extracts the literal meaning but also the implied meanings in the text.

The person is able to speak with great fluidity about almost any subject without having to pause and thing of words. They are also able to write Spanish about a variety of subjects with very few mistakes and with an understanding of social norms.

The exam to obtain the ECELE Level C1 certificate is composed of the following parts:

"[My Spanish tutor] really has taught me a lot, my company is very happy with my progress and are looking to send me to Mexico to work in our division there next year." Quilong C.

"It feels like I am studying in a family run Spanish immersion school, but at home!" Lorenna M.

"I have been using Live Lingua for the past few years to provide the staff at my medical practice with Spanish lessons to deal with all of our hispanic clients. The staff love it, and the clients love that all of our staff can now speak Spanish." Joanne Z.

Your certified tutor will be able to tell you what level you're at, what you need to do to improve, and how based on your learning style with a personalized study plan.

As you're studying for the ECELE exam, you will be able to see your progress in all areas in our dashboard to keep you on track to passing your exam.

Your tutor will recommend additional personalized learning resources that complement the lessons, to improve your grammar and vocabulary.

Ready to begin studying? We've got your back

¡Hola! My name is Itzel and I am a native Spanish speaker from Mexico City. I have been offering c… 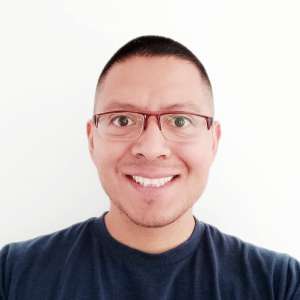 ¡Hola! My name is Gustavo. I am a native Spanish speaker from Cuernavaca and I'm currently living … 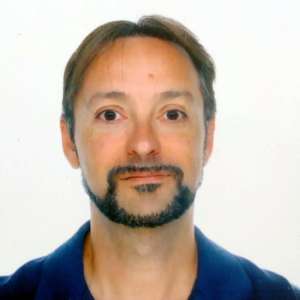 ¡Hola! My name is Ivan and I am a native speaker of Spanish from Valencia, Spain, a lovely city on … 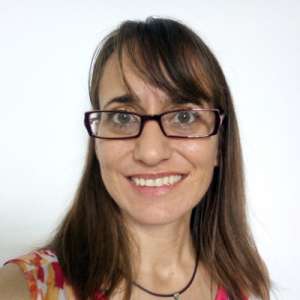 ¡Hola! My name is Natalia and I am a native speaker of Spanish from Argentina, although I currently…

Want to try a free lesson with a specialized ECELE tutor first?

Try a 1-on-1 lesson free
No credit card required