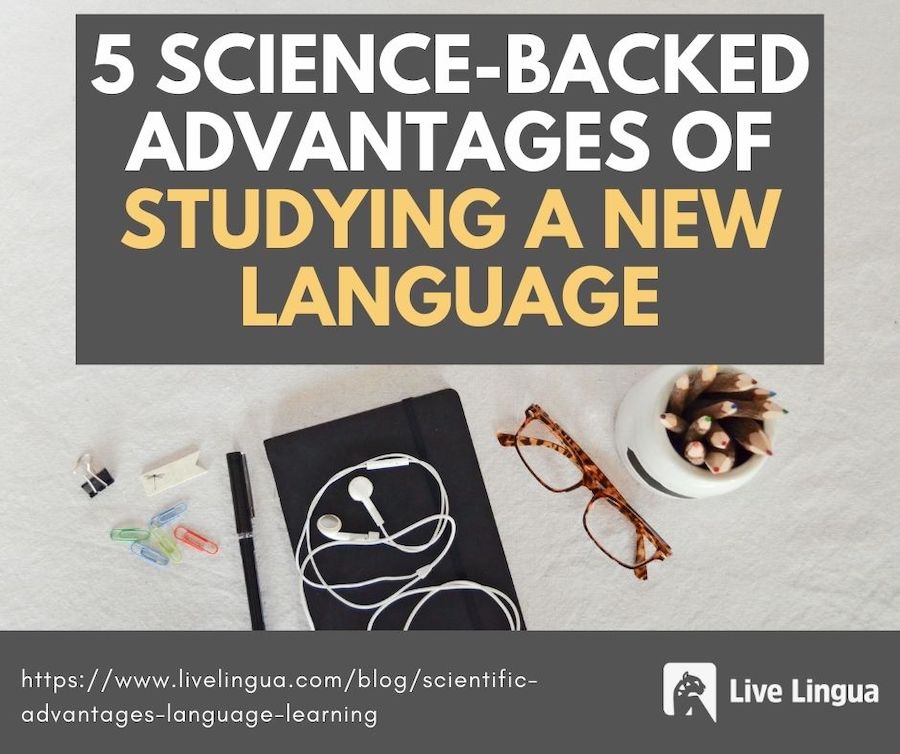 Elon Musk once said that he doesn’t believe in learning foreign languages, as we’ll soon all have translators inserted in our ears. However, we have some striking science-backed evidence of how studying another language may help you become smarter, more creative, and even healthier. We wonder if Mr. Musk may change his opinion at some point.

More than half of people around the world speak at least two languages. Such people who have a great command of two languages are called “bilingual”. And tons of research shows that people who learn another language have tons of advantages over those who don’t. We have singled out the top five.

You May Be Healthier

First and foremost undoubtful benefit is that people who are bilingual have better memory, are more mentally fit and even face lower risks of suffering from dementia. As learning another language helps people to focus, solve problems and concentrate better, it has a positive impact on our brains. That is why a lot of research shows that bilingualism helps to stay away from dementia for longer.

“Learning a different language has visible effects on what’s going on with our brains, showing which parts of our brains are responsible for better memories and how studying a foreign language improves our memory skills,” adds Adam Simon, freelance writer for some established essay writing sites, avid polyglot and linguist.

The thing is bilinguals regularly suppress a part of the brain responsible for this or that language, when they’re juggling the languages. As a result, they have a better “cognitive reserve”, and in case a part of the brain is damaged, such people will have less difficulty in compensating for the damaged part.

You May Take Better Life Decisions

Another exciting, yet a bit surprising benefit is that people who speak or use another language are believed to make more rational decisions. A study led by psychology professor Boaz Keysar showed that people are more emotional when thinking in their native language, while using another language helps people to stay more clear-eyed and level-headed. When using a foreign language, one needs to slow down and concentrate more. Consequently, a person finds it easier to make practical decisions that are less influenced by emotions. For this reason, many companies believe it’s a great idea to hire an employee who knows a foreign language, as this may help them remain more calm in critical situations. So next time you’ll be furious and unable to think clearly, try to think the situation through in a foreign language.

You May Become More Creative

Needless to say that to get inspired and creative, one should be constantly getting some fresh stimuli. As it turns out learning a foreign language is the way to go. When you’re studying anything new, there are a number of new connections appearing in your brain resulting in you getting more inventive. However, examining a new language has even more to it. When you’re learning new words in another language, you’re broadening your perception, as richer vocabulary results in richer imagination. Sometimes, some things, emotions, feelings we don’t have names in English, may have a particular word in another language. Just compare several examples:

We don’t know about you, but we already feel inspired.

You May Adapt to Changes Easier

If you have ever tried learning another language, you know this feeling of anxiety when you don’t understand some or even all of the words you’re hearing, and you’re trying to work it out just to get the general grasp of the message. In case you’re familiar with this, you’ve been working on tolerating the ambiguity of the unknown. Dealing with ambiguity when studying another language helps us to stay calm and feel more comfortable when dealing with some unpredicted changes or the unknown in real life situations. This way we train our brain to adapt to changes easier despite the uncertainty, knowing that even though it scares us now, we will get acquainted with the new situation step by step.

You May See the World Differently

There’s a great expression by Federico Fellini who once said ‘‘A different language is a different vision of life”. And we couldn’t agree more. Learning another language is never only about grammar and vocabulary. It’s about studying the way another nation perceives the world. Starting with trifle things like colours and finishing with deep cultural conundrums. Lots of studies show that bilinguals in fact see the world differently. What is more, it’s not about your fluency in a foreign language rather the way you start to understand and feel the language.

There’s an indispensable link between the language and cognition. For this reason, when you’re trying to understand another language you’re learning to understand another perception of the world, and become more tolerant. This gives you a huge advantage, as by getting to know other people’s culture, you’re getting to know people better, and as a result it’s easier for you to find common language with anybody.

With all that being said, studying another language undoubtedly opens amazing opportunities and brings lots of benefits. Not only can we improve our memory, and communication skills, but we can also become more tolerant to other cultures, and even become healthier. By jumping into the unknown waters of another language we all may be scared at first. However, think of all the advantages you may enjoy by just discovering a new word, or unravelling the mystery of another language sentence structure. You’ll see the world differently, that’s for sure.


Take your first step to finally feeling comfortable speaking Other